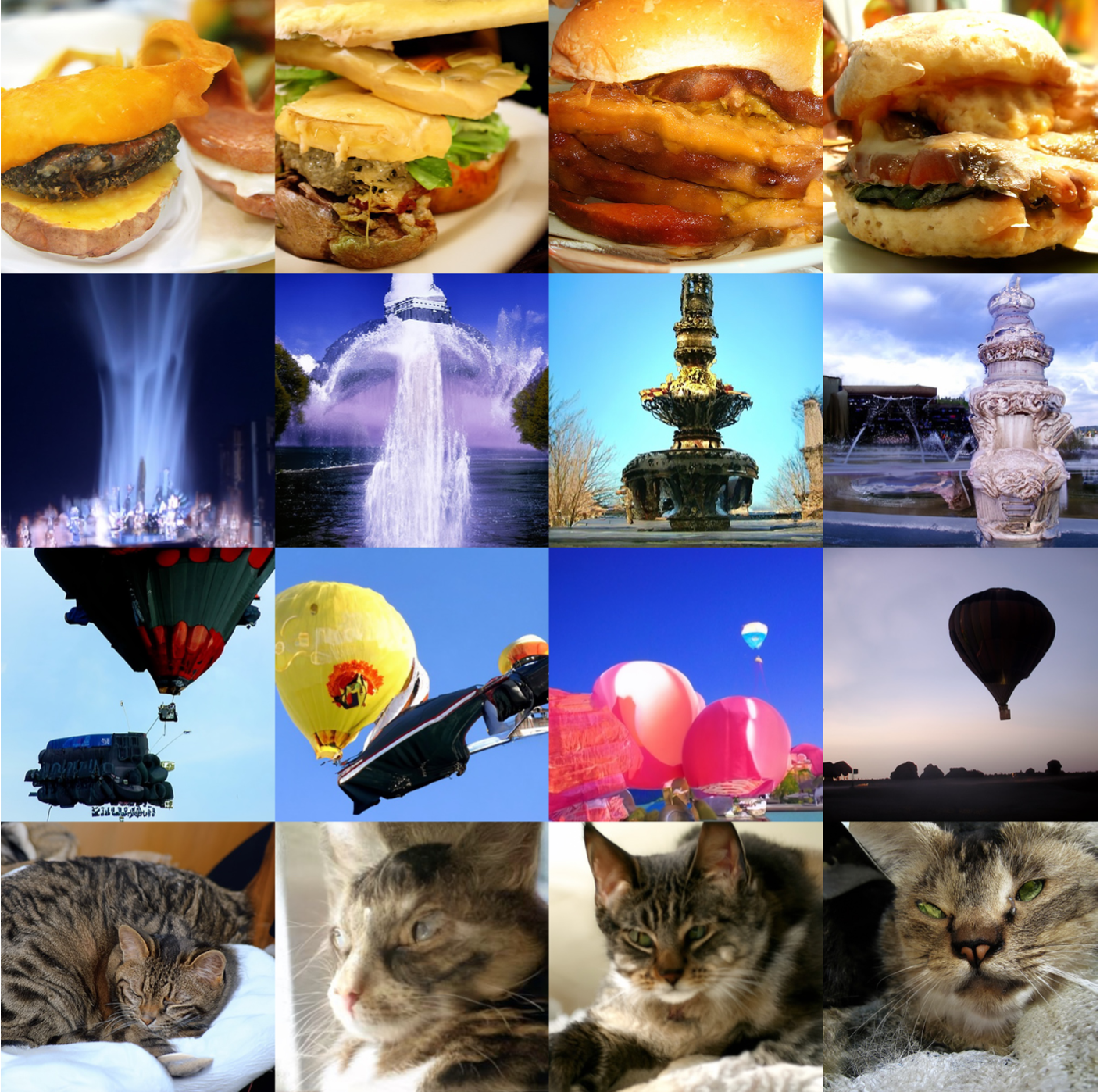 GANs have dominated the conversation around image generation for the past couple of years. Now though, a new king might have arrived - diffusion models. Using several tactical upgrades the team at OpenAI managed to create a guided diffusion model that outperforms state-of-the-art GANs on unstructured datasets such as ImageNet at up to 512x512 resolution. Among these improvements is the ability to explicitly control the tradeoff between diversity and fidelity of generated samples with gradients from a pretrained classifier. This ability to guide the diffusion process with an auxiliary model is also why diffusion models have skyrocketed in popularity in the generative art community, particularly for CLIP-guided diffusion.

Does this sound too good to be true? You are not wrong, there are some caveats to this approach, which is why it is vital to grasp the intuition for how it works!

Lately, GANs have gotten really good at generating insanely realistic images, yet they still lack diversity in generated samples compared to ground truth data. One possible solution is to use likelihood-based models as they are easier to train, but they mostly suck compared to GANs in terms of sample quality. The authors hypothesize that two factors are holding likelihood-based models from reaching peak performance. First, GAN architectures are simply more refined thanks to the countless research hours spent exploring and optimizing every little thing about them. Second, GANs trade-off diversity for fidelity very efficiently to produce high-quality samples by covering only a subset of the true data distribution.

Diffusion models existed before this paper, although still in the shadow of their more appealing GAN alternatives for datasets beyond 64x64 CIFAR-10. Luckily, the authors propose more exciting ways to boost performance than simply throwing more compute at the model and hoping it works.

Note: You will not find explanations of formulas and their derivations here, as I honestly do not understand them well enough to explain in a coherent manner, instead this post is focused on the intuition behind the main ideas proposed in guided diffusion.

1) What is diffusion? Diffusion is an iterative process that tries to reverse a gradual noising process. In other words, in diffusion, there exists a sequence of images with increasing amounts of noise, and during training, the model is given a timestep, an image with the corresponding noise level, and some noise. The goal then is to reconstruct the input image by mixing it with the noise and predicting the mixed noise from the slightly more corrupted resulting image. Surprisingly a simple MSE loss on the input and predicted noise is sufficient for high-quality results (in practice this loss is combined with estimated lower bound to reduce the number of required diffusion steps), given that the noise is modeled as a diagonal gaussian with its mean and std predicted by two MLPs.

At inference, the model starts from an image made entirely of noise and iteratively denoises it to arrive at a high-quality sample by predicting noise that is filtered out at each step, gradually adding more and more fine details. This process is similar to progressive generation seen in GANs, where the output of the first few layers determines the pose and other low-level features of the generated sample, while the latter layers add finer details. It has been shown that with enough steps it is possible to produce diverse high-quality samples with diffusion models.

2) Architecture improvements:
The base model is a UNet with residual layers in the downsampling and upsampling branches with skip-connections linking the two branches. Additionally, it has global attention at the 16x16 resolution, and a projection of the timestep embedding in every residual block after the Group Norm operation, which the authors call Adaptive Group Normalization (AdaIN, but with a GroupNorm instead of Instance Norm).

3) Classifier Guidance:
GANs have a nice mechanism to incorporate class labels into the generated samples in the form of class-conditioned normalization and classifier-like discriminators. Conditioning a diffusion model on a class is nontrivial to say the least (FYI there is a ton of math that I am skipping here to get to the big picture idea, see the source paper for derivations).

Assuming that we believe the math behind this intuition all checks out, we have a pretrained classifier model that we can use to predict the label of a noisy intermediate image, compare it to our target label and compute the gradient with respect to the model parameters. Turns out that the conditional backwards step for obtaining the “slightly less noisy” image by predicting the noise that produced the input image is almost the same as the unconditional variant: predict the parameters of a Normal distribution, offset the mean by the scaled gradient, and sample from the resulting distribution to obtain the noise that gets filtered out to bring us one step closer to a nice noise-free image.

4) Scaling Classifier Gradients:
It is possible to control how much of an effect the class-conditioning has on the generated samples by scaling the classifier gradient offset up by a hyperparameter. This, in a fact, is an explicit way to control the diversity-quality tradeoff.