In this paper from Facebook AI Research the authors propose a novel pipeline to train a ViT model in a self-supervised setup. Perhaps the most interesting consequence of this setup is that the learned features are good enough to achieve 80.1% top-1 score on ImageNet. At the core of their pipeline is a pair of networks that learn to predict the outputs of one another. The trick is that while the student network is trained via gradient descent over the cross-entropy loss functions, the teacher network is updated with an exponentially moving average of the student network weights. Several tricks such as centering and sharpening are employed to combat mode collapse. As a fortunate side-effect the learned self-attention maps of the final layer automatically learns class-specific features leading to unsupervised object segmentations.

(Highly recommended reading to understand the core ideas in this paper):
1) ViT
2) BYOL

1) Self-supervised learning with knowledge distillation:
In DINO the student network tries to match the output of the teacher network that is a vector of probability distribution over its dimensions. Both output vectors are normalized by softmax with a temperature parameter that controls the sharpness of the distribution. Higher values for smoother, lower for sharper. The teacher network is fixed, and the student network is trained with a cross-entropy loss between the two output probability distribution vectors. Both networks share the same architecture but with different sets of parameters

3) Teacher Network:
Since DINO is self supervised there is no pretrained teacher network, hence it is built directly during training. Empirically the best results were obtained with a momentum encoder. Meaning that the weights for the teacher network for an iteration are equal to the exponentially moving average of the student weights from previous iterations.

5) Avoiding Mode Collapse:
Two opposite operations are used: centering, which adds a bias term to the teacher outputs to stop one dimension from becoming too dominant, and sharpening that uses a low temperature in the teacher softmax to prevent collapse to a uniform distribution, which is a side effect of centering. The “center” is updated with an EMA, which works well for varying batch sizes. 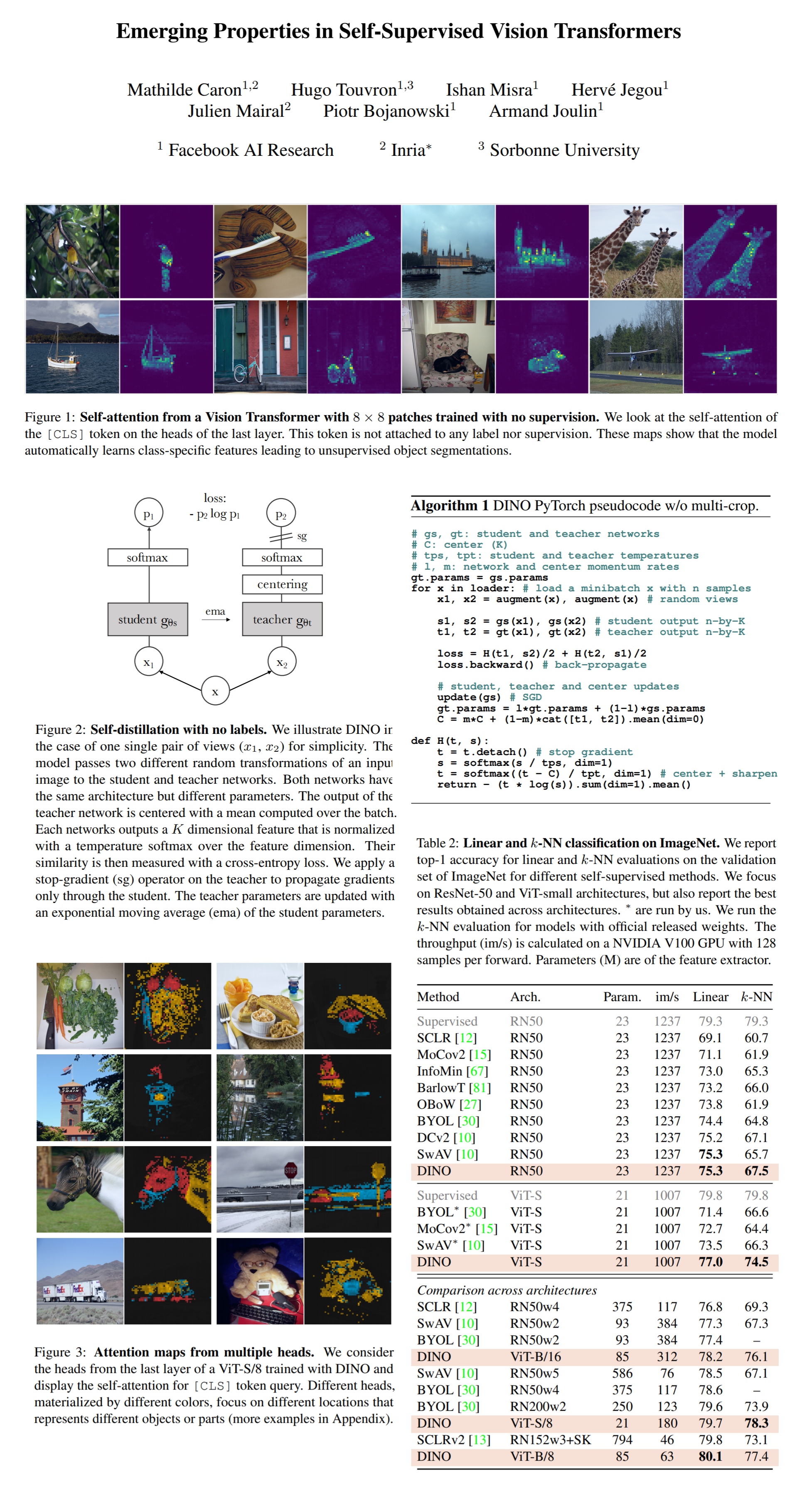