Did you ever want to quickly create a photorealistic 3d scene from scratch? Well, now you can! The authors from NVidia proposed a new neural rendering model trained with adversarial losses …WITHOUT a paired dataset. Yes, it only requires a 3D semantic block world as input, a pseudo ground truth image generated by a pretrained image synthesis model, and any real landscape photos to output a consistent photorealistic render of a 3D scene corresponding to the block world input.

(Highly recommended reading to understand the core ideas in this paper):
1) NeRF

1) Generating training data:
For each training iteration a random camera pose from the upper hemisphere of the scene is sampled along with a focal length value. The camera is used to project the block world to a 2d image to obtain a semantic segmentation mask. The mask along with a random latent code is passed to a pretrained SPADE network that generates the pseudo ground truth image corresponding to the sampled camera view of the Minecraft scene.

2) Voxel-based volumetric neural renderer:
In GANCraft the scene is represented by a set of voxels with corresponding semantic labels. There is a separate neural radiance field for each of the blocks, and for points in space where blocks do not exist, a null feature vector with density 0 is returned. To model diverse appearances of the same underlying scene the radiance fields are conditioned on style code Z. Interestingly, the MLP encoder that predicts the style vector is shared amongst all voxels. The location code is derived by computing Fourier features of the trilinear interpolation of learnable codes on the vertices of voxels.

3) Neural sky dome:
The sky is assumed to be infinitely far away, hence it is rendered as a large dome, and its color is obtained from a single MLP that maps a ray direction and a style code to a color value.

4) Hybrid neural rendering:
The rendering is done in two phases, first feature vectors are aggregated along rays for each pixel, and then a shallow CNN with 9x9 receptive field is employed to convert the feature map to an RGB image of the same size. 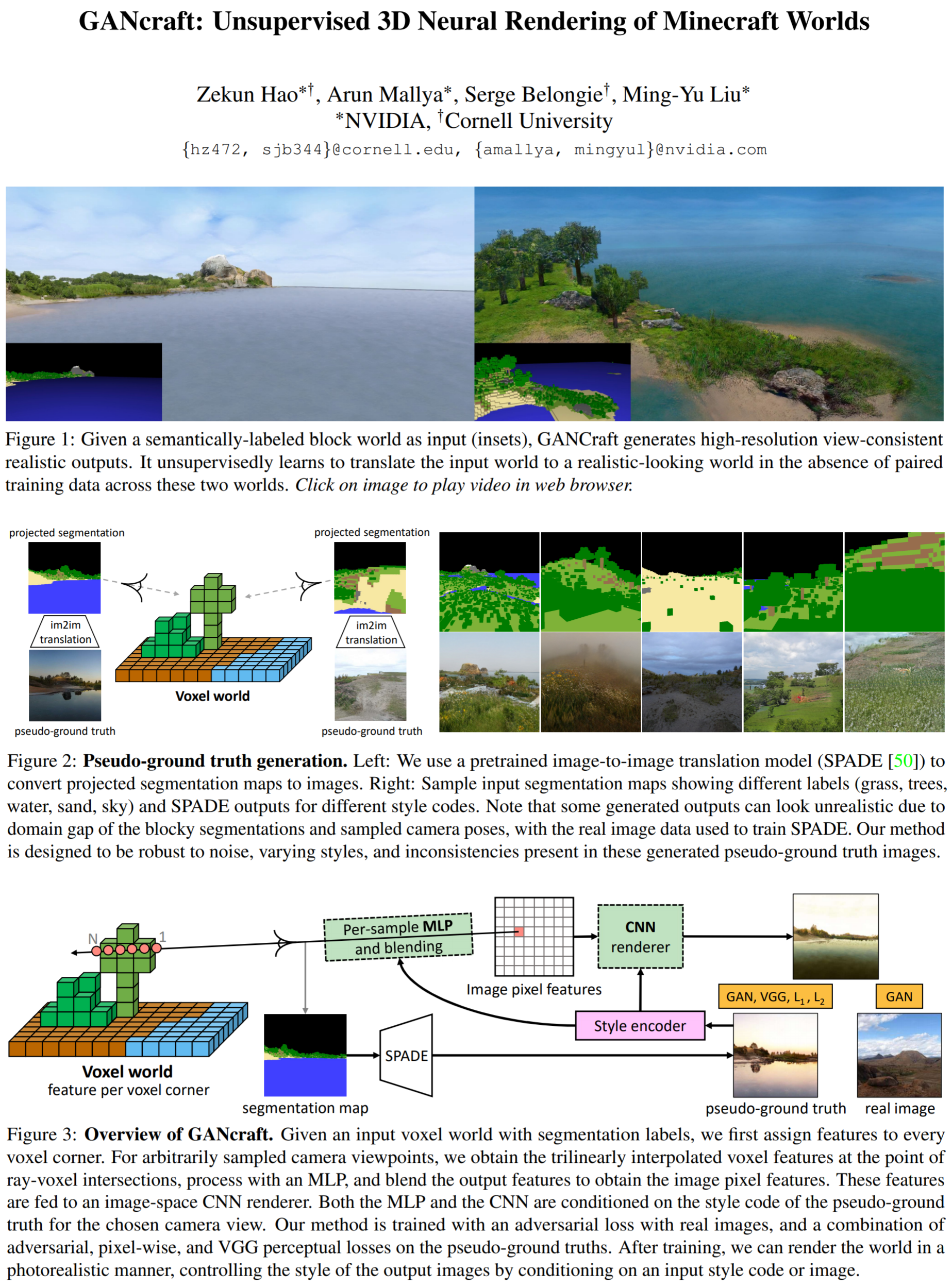